Hi.
My father own a 2013 L200 (european name of the triton) 4D56 engine with 106000 km. It's from the thailand mitsubishi factory.
Recently we noticed a small oil leak from the front of the crankshaft, and assumed that is caused by the front oil seal. So we bought a new one and a timing belts kit to do the service.
We found out that most of the oil came from the lower right balancer shaft oil seal, and that the oil seal lip has worn a groove into the small sleeve (maybe it's called busher) mounted on the shaft. Not a big problem. 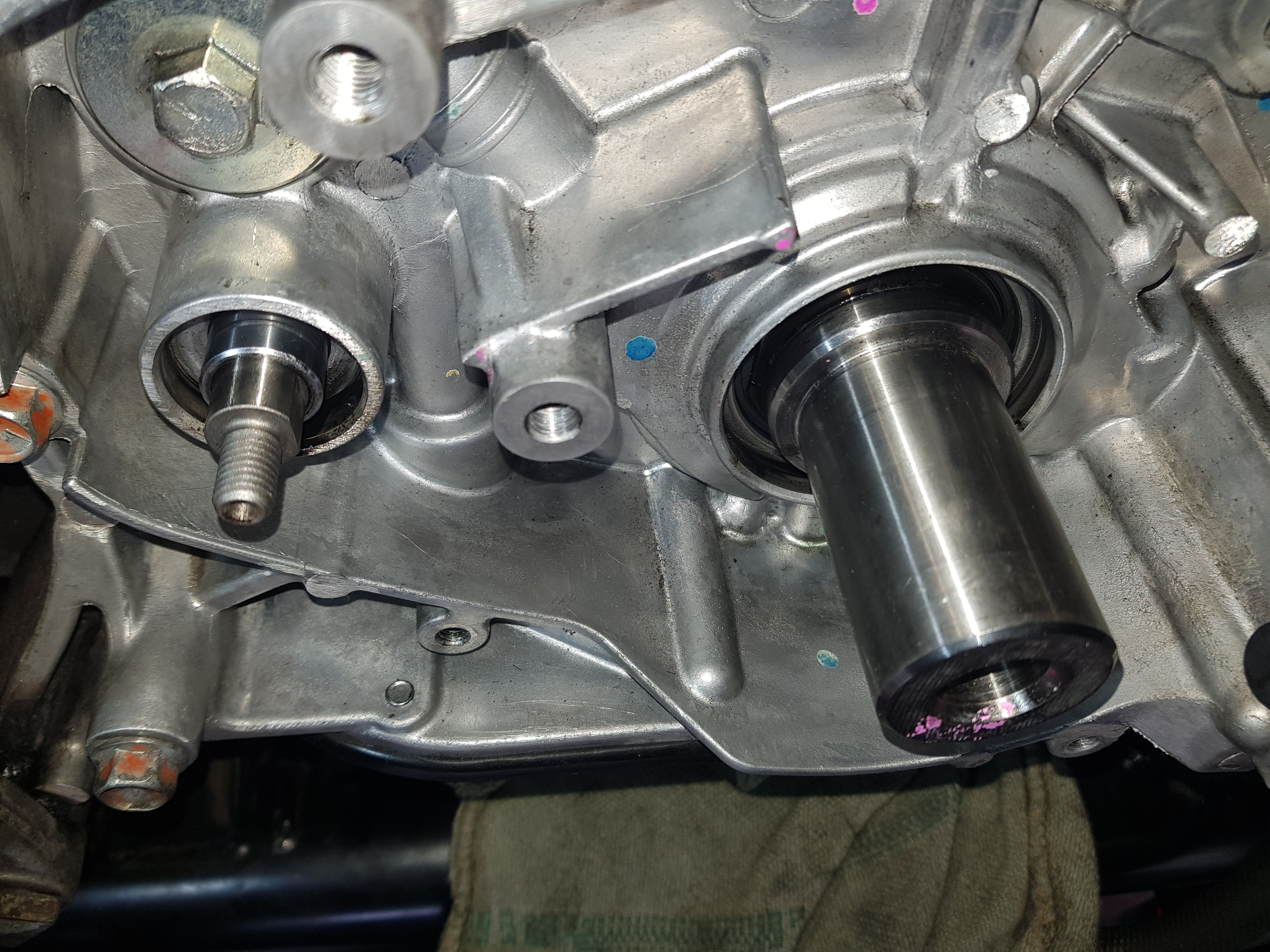 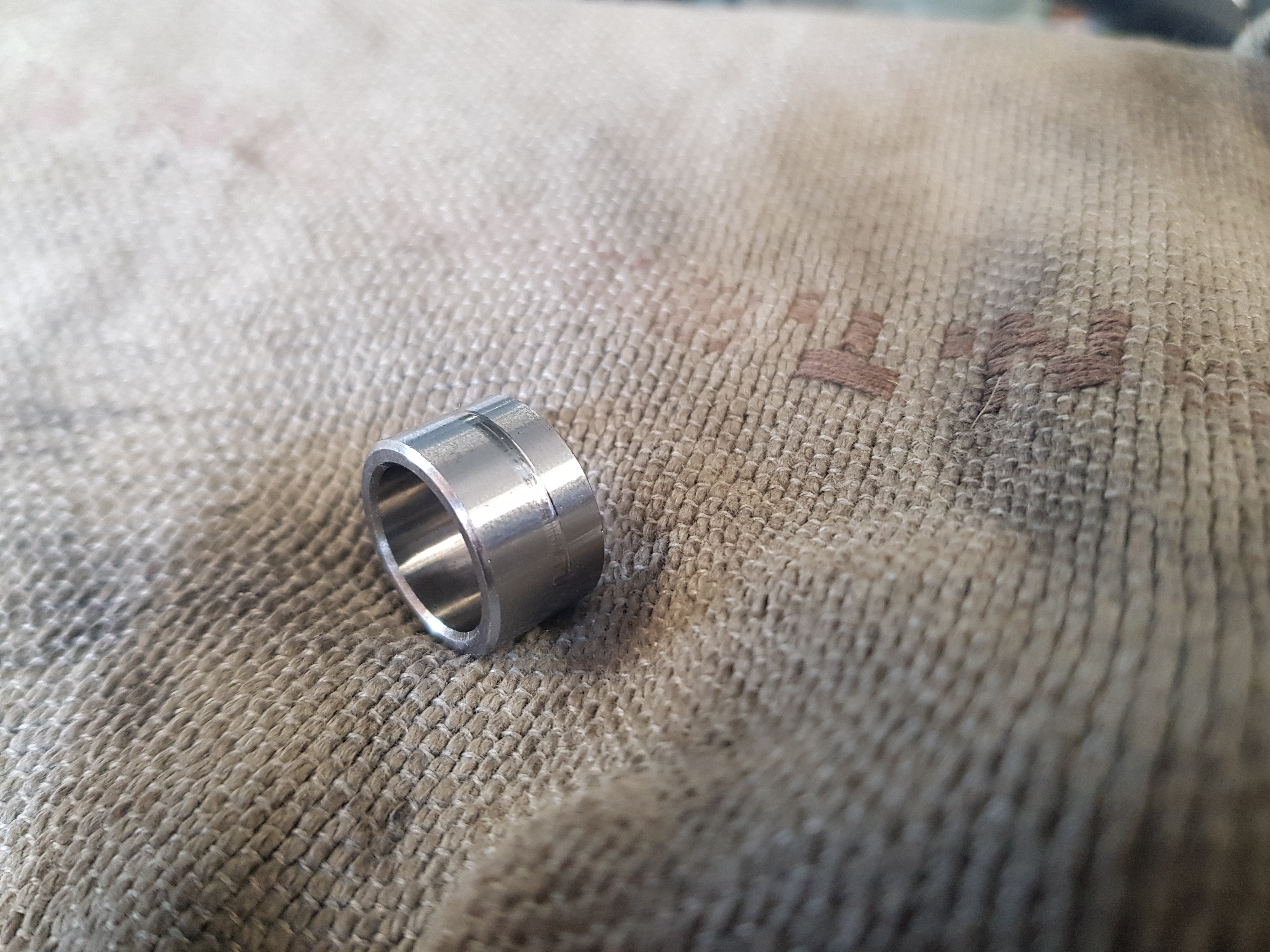 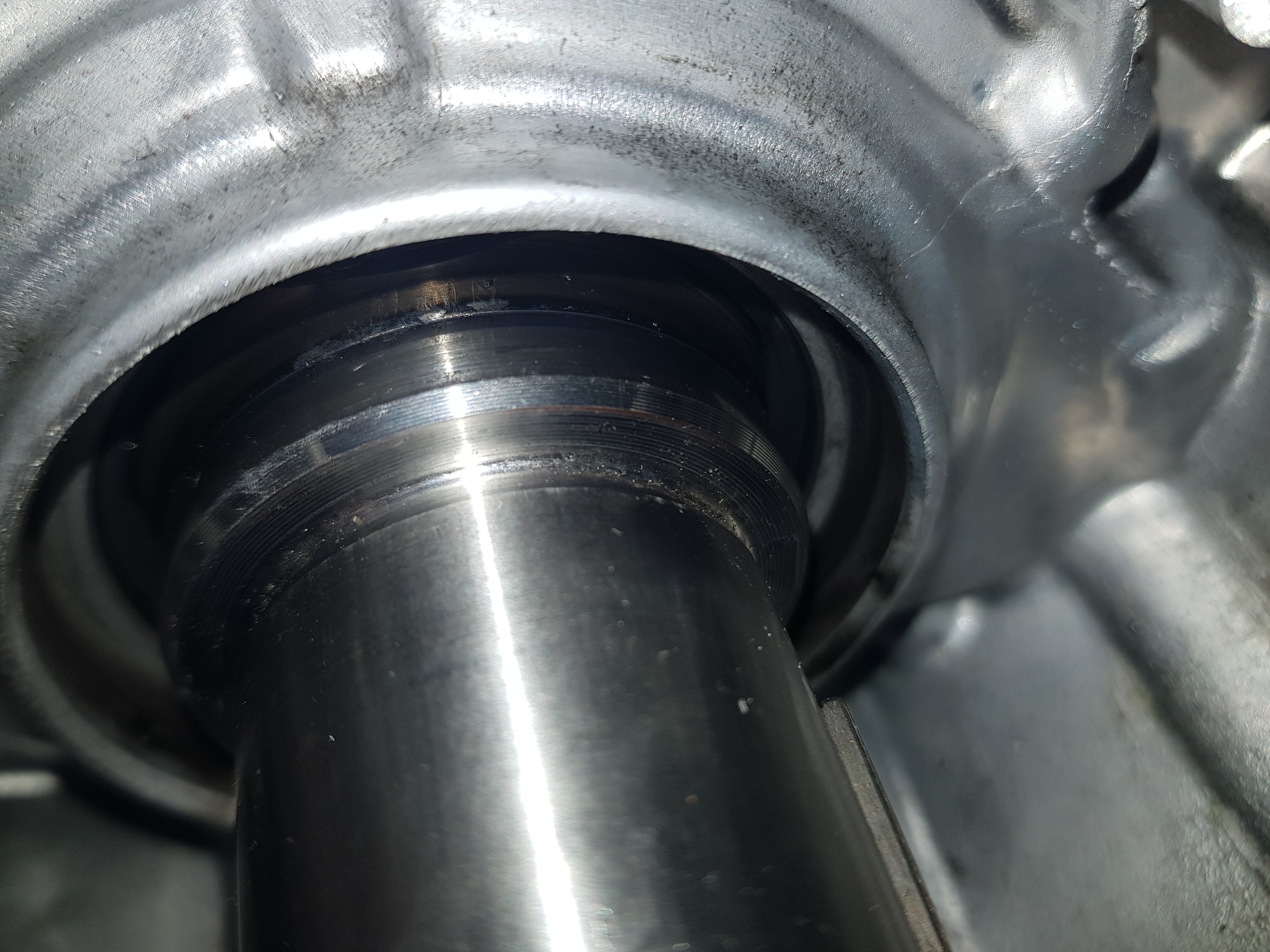 We don't like this at all. We think that the fault is a poor heat treatment of the steel the crankshaft is made of.
Has anyone else experienced a problem like this? The only reference I found is viewtopic.php?p=510820#p510820 on the rear seal.
I'd like to know if this is a recurring problem, or if this is an unlucky specimen (I really don't think so).
Knowing that this early the crankshaft is already damaged, and that in future we have probably to get it off and put a precision sleeve on it is really frustrating.
Sorry for my bad english.

The groove in the balance shaft bush is quite normal. just turn it around the other way and you will get another 100000kms out of it easily. Crankshaft one is very unusual and I have never seen that occur before
White 2018 MQ (4N15) Sportsbar, Nudge bar, Towbar, EDS